Born and raised in China. Lisa’s passion and aptitude for art was evident at an early age. Her formal art training commenced at secondary school and continued through university. In 2000 Lisa graduated with a Bachelor of Fine Arts in Shanghai.

In 2002, Lisa left China for New Zealand to open a new chapter in her life. During her time there she developed further as an artist and became a respected art teacher, guiding and tutoring many emerging artists. Lisa exhibited widely and received a number of prestigious awards. Her paintings were successfully sold to overseas, as well as to New Zealand private collections.

In early 2007, Lisa moved to Australia, and started work as a full-time artist. Lisa enjoys working with a variety of subjects,  she is known for her unique use of light, confident strokes and ability to capture fine details.

In 2008, Lisa completed a series of paintings of Victorian sheepdog trials, which has been very well received. In July 2009, Lisa was commissioned by the Geelong Football Club to complete a series of 18 oil paintings to commemorate the 150th anniversary of the club.  The paintings captured key players, significant moments and passionate supporters of the club, The exhibition was on display at the Geelong Art Gallery for a month and was extremely successful. All the paintings are now part of the club's permanent collection.

Lisa also has a great passion for drawing, and has been commissioned to do many portraits in recent years. She loves to work with faces, because :“They are very challenging but always different and exciting.”

In 2010, Lisa and her husband Michael welcomed their baby girl Aria into the world. After being a full time mum for a year and half, Lisa is now back to her beloved art again, and she feels that she is enjoying it more then ever! 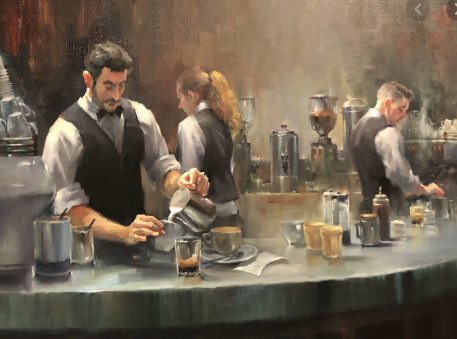 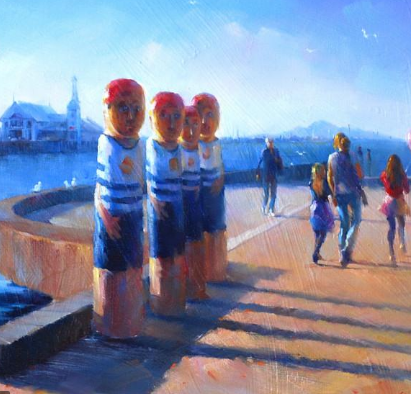 1. GRANDMAS SHOULDER - SHANGRI-LA, TIBET- this painting was an award winning painting in the 2020 Mornington Art Show.

Ray is a watercolour and acrylic artist; whose style of realistic impressionism authentically captures moments in place and time.

Throughout his life Ray has always enjoyed art. Self-taught, his interest in painting and drawing has accompanied him throughout 40 years working as an Anglican Vicar. Nowadays in retirement, Ray enjoys having the time to further this lifelong passion working out of his garden studio in Cheltenham, Victoria.

Ray's signature style features watercolour street scenes and city-scapes. When travelling both near and far Ray embraces the opportunity to paint and sketch en plein air with wife, Glenys. This has resulted in an extensive repertoire of artworks inspired by scenes from across the continents, including from the four religious pilgrimages that they have led. Ray's 2019 solo exhibition Danube and Beyond at St. Paul's Cathedral, Melbourne, featured 35 artworks in this genre and style based on cities and towns throughout Europe.

More recently, Ray has explored the use of acrylics and enjoyed expanding his repertoire to include artworks featuring the brilliant colour and contrasts this medium allows. In this style, Ray has begun to create composite paintings of iconic places such as Postcards of Victoria, 2020.

The illustrated children's book, Under the River Red by Maggie White, featured Ray's watercolour paintings of Australian fauna and flora. Ray has also completed a number of private commissions. His expansion to offering to limited edition high quality prints on paper and canvas aim to make his unique artworks more widely available.
(Ray's bio comes from his website) 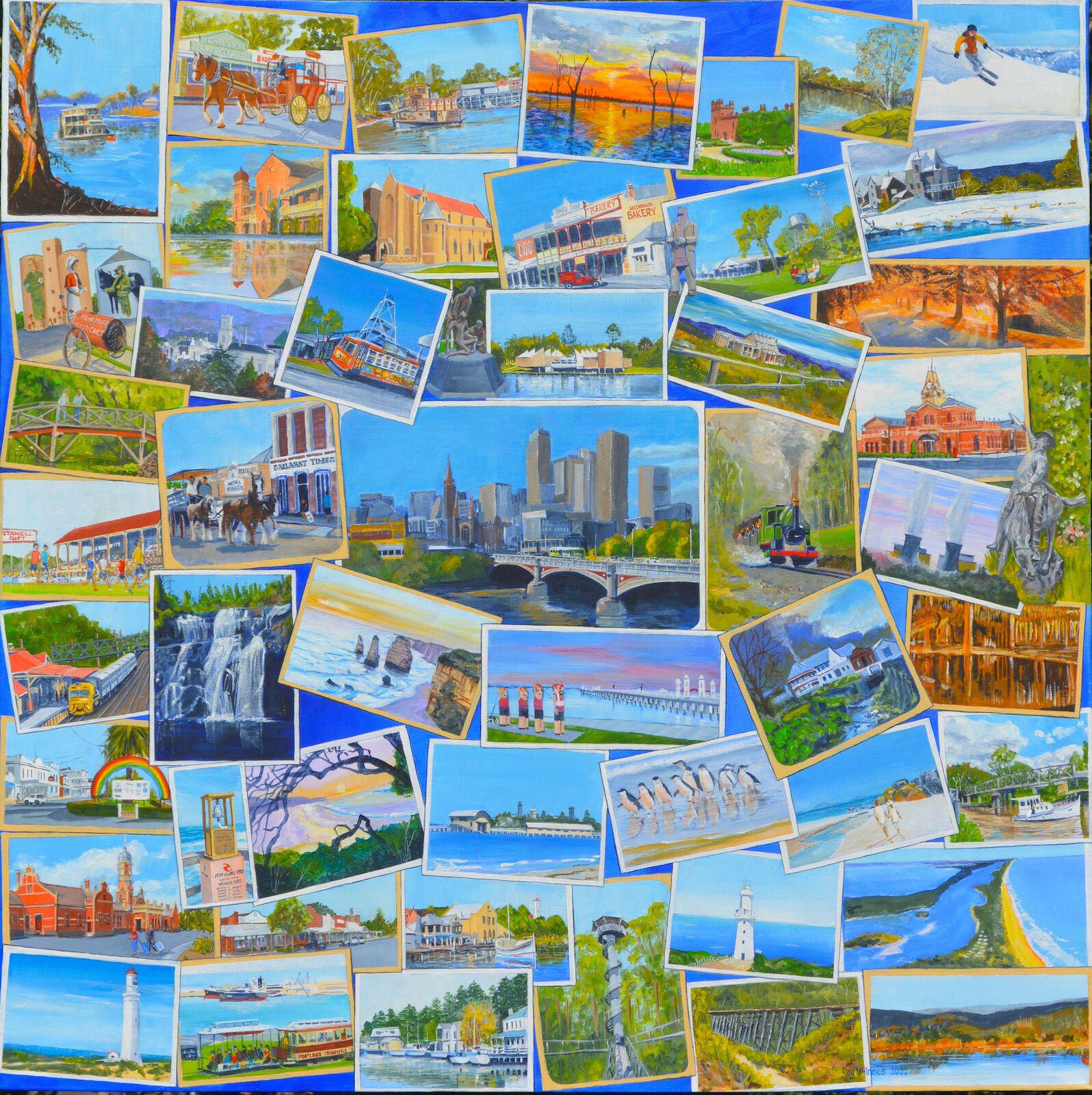 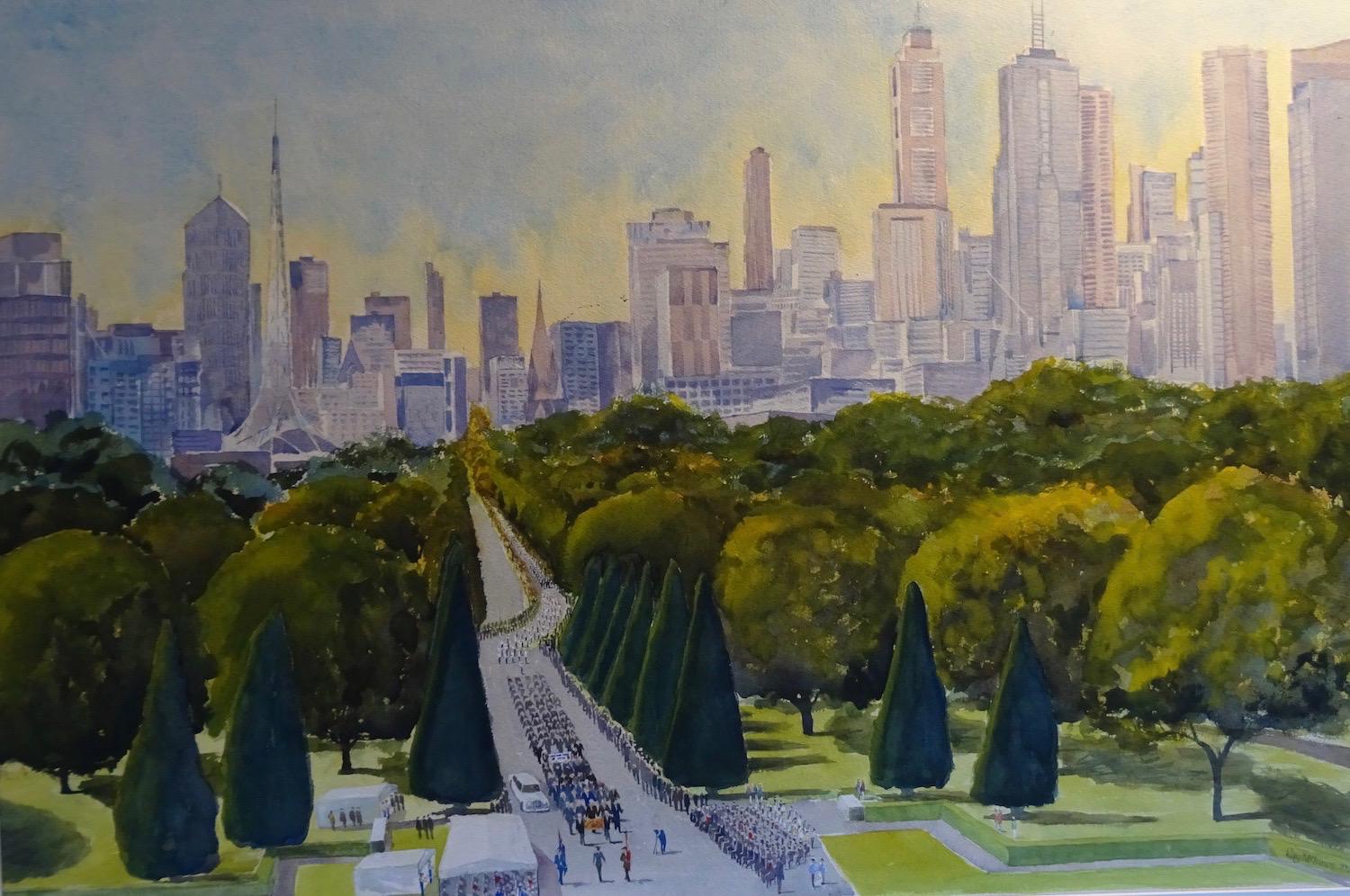